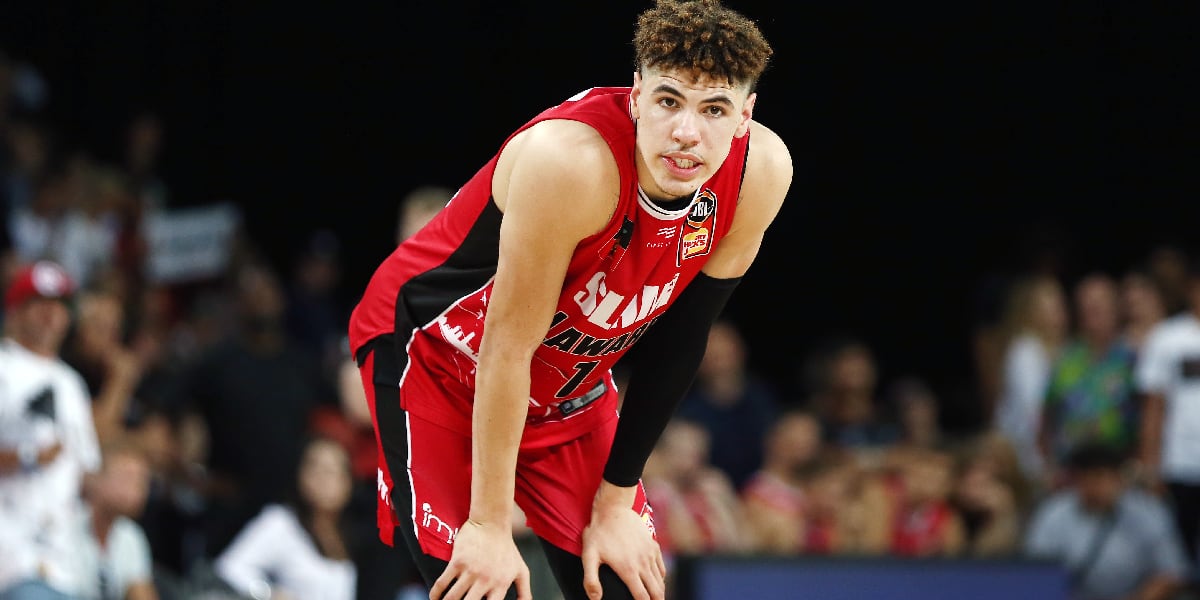 All things considered, it’s gotta be difficult for any organization to take an eye off the Chicago Bulls. One of the most popular franchises in the NBA has revamped its front office, overhauled its coaching staff, and grabbed the No. 4 pick in the upcoming draft. Momentum is on the organization’s side, and recent reports have suggested that rival teams suspect Chicago to use that momentum to pull off a big draft night move for LaMelo Ball.

ESPN’s Jonathan Givony recently reported that a draft hierarchy is beginning to fall into place. Sources around the league believe that LaMelo Ball will go No. 1-overall, followed by Anthony Edwards and James Wiseman. However, while this is the expected order, the teams that will draft each player remain up for debate. Givony said the Minnesota Timberwolves remain interested in trading out of the No. 1 spot for a win-now player to pair with Karl-Anthony Towns and D’Angelo Russell. With that being the case, certain teams have entered the trade-up conversation for Ball, and Givony writes that the Bulls (No. 4 pick), Pistons (No. 7), and Thunder (No. 25) are currently viewed by executives as the “popular picks” to snag the young point guard.

I somehow find myself both surprised and not at all surprised by this information.

What Would It Take?

What does catch me off guard is the fact that people around the league believe this strongly that Chicago would go out of their way for Ball – especially as a move up the draft board from No. 4 to No. 1 would likely come at the expense of several pieces, including someone like Wendell Carter Jr. or Lauri Markkanen.

Arturas Karnisovas does not feel like the executive that would go all-in on a somewhat polarizing prospect. If anything, he has proven to be the kind of front office presence that likes to add assets, and a trade down in this kind of draft feels far more reasonable. With that said, the Bulls No. 4 pick is obviously higher than the other rumored teams, so I suppose it’s fair to say the requisite non-draft assets in any such trade would be less burdensome.

Why Could It Happen?

By contrast, the recent rumors around Chicago have been fairly consistent. We very much know that opposing teams are very hung up on the idea that the Bulls want to find a true facilitator in this draft. And the Bulls have been connected to Ball before.

To be even more clear: Ball is the best-ranked point guard in this class. So with the No. 4 pick, several young roster pieces, and a new front office that is trying to re-invent a renowned franchise, it’s not hard to understand why executives would consider the Bulls a legitimate option to trade up. (Michael: And, hey, it’s entirely possible that Karnisovas has his own, quite different perspective on 1. Ball and 2. whomever he may need to trade from the roster to get a deal done.)

So perhaps my resistance is simply because I’m not all that high on Ball. And frankly, I just don’t picture the Bulls actually doing this on November 18th.

Does It Really Make Sense, Though?

Trading up in a draft that is commonly referred to as weak for the most polarizing prospect that has reportedly not conducted a single workout and has zero plans to do so does not feel like it aligns with this front office’s philosophy. I could be wrong (about their decision, and, of course, about Ball). After all, this is a new group, and we’re still learning what makes them tick. But I just can not get past the fact that this feels like far too big of a risky splash for an organization that hopes to get back on a competitive track soon.

I don’t know what the Bulls will do on draft night. I’m not sure many do. I definitely think we may see the organization make some kind of move, but I would truly be surprised if that move was into the top-3. My gut tells me that the only way Chicago walks out of the draft with Ball is if he falls to them at No. 4. Otherwise, I expect another player to be a cornerstone of this new era.